The Colour by Rose Tremain If travelling half way across the world from Norfolk to New Zealand to make a fortune in the gold rush wasn't difficult enough, then the harsh conditions, scarcity of riches and terse personal relationships certainly make for a harrowing set of circumstances.
The colour refers to the veins of gold that beckon irresistibly to all those seeking to eke out an existence in the unforgivable surrounds.
Perhaps I just wasn't in the mood for so much drama, nevertheless, I finished this at grande vitesse.

Posted by Leggygal at 03:51 No comments:

Diary of a Mad Old Man by Junichiro Tanizaki "Today she came in wearing high-heeled sandals, and kept them on while she took her shower."

This little treasure came as a complete surprise. Where I to consider it solely on the subject matter, it is unlikely I would have read it. A sickly old man with the will but not the physical capability to entertain his lascivious thoughts bears the brunt of ageing disgracefully.

His daughter-in-law, a hopeless tease, is not above profiting from her father-in-law's reduced circumstances. Weirdly this is compelling stuff. Perhaps it is a credit also to the translator for delivering such beautiful prose.

This perhaps should not have come as such a shock to me, for it is true that I thoroughly enjoyed Tanizaki's Some Prefer Nettles as previously reviewed on this blog.

5 out of 5, the mind is willing even when the body fails.
Posted by Leggygal at 03:39 No comments:

The Stranger by Albert Camus 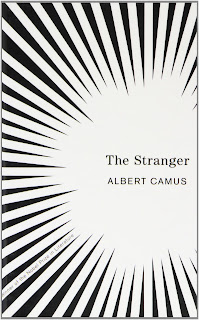 "And something I'd been told came back; a remark made by the nurse at Mother's funeral. No there was no way out and no one can imagine what the evenings are like in prison."

I've seen the novel's title translated as both The Stranger  and The Outsider.  I think the later is the better translation. A riveting read with a daydream like quality despite violence, sex, prison and potential execution.
In today's society of internet trolling and offence there are some truisms here which retain their relevance.
Spoilers follow...
When Meursault fails to display the perceived socially acceptable way of grieving for the death of his mother he sets in place a chain of coincidences which will work against him. Rather that following the normal social queues he appears detached and flees the situation for coffee, sex and cigarettes.

By assisting a less that salubrious friend with girlfriend troubles, he becomes embroiled in a violent altercation that will see him commit murder and lead to his incarceration. The trial is particularly well crafted, as Mersault enjoys the attention, while failing to comprehend his circumstances until it is too late.

This is one of those rare books that lives up to the hype. It is definitely worth exploring for yourself. I'd like to re-read it in French, as I feel that would add more nuance to the tale.

5 out of 5 Mersault's choice of coffee, sex and cigarettes leads to the absence of all of the above.

Posted by Leggygal at 02:13 No comments:

A Breath of Snow and Ashes by Diana Gabaldon " So far in the future, and surely not an unchangeable future - after all, forewarned was forearmed...wasn't it?"

My love for the fictional hunk in a kilt, Jamie Fraser, has propelled me through another epic 1400 or so pages of book 6 of the Outlander series. If you are yet to meet the strapping highlander, get cracking, he's addictive. Sadly, he isn't real, but Ms Gabaldon has been helpful enough to churn out plenty of volumes for me to escape into.

Life in pre-revolution America is becoming awkward for Claire, Jamie and their family. Claire particularly goes through the wringer here. Rape, possible death for witchcraft, and that doesn't even sum up all the drama.

I flew through the pages and am eager to embark on the next volume to discover just what new trials and tribulations will be foisted on the time travelling Frasers.

The Beast Must Die by Nicholas Blake "Can you imagine yourself, hypocrite lecteur, in the position of being able to do a murder with impunity?"

After his young son is killed in a hit and run, his grieving father sets out to find the perpetrator and exact vengeance. Hiding behind his mystery writer persona, Felix Lane; Frank Cairns tracks down the man who drove off without confessing and his fair lady passenger. Seducing sexy actress, Lena, "Felix" finds his way to the murderer's house as a house guest, then things turn strange.

The first half of the novel is written in a particularly endearing first person diary format that draws you in. Amusingly enough the author cited on the cover is also a pseudonym, that of Cecil Day-Lewis, for more info click on the link.

When Frank sets out to commit his perfect murder, it appears it isn't quite so perfect. He hasn't killed anyone and now his diary threatens to send him away. Enter detective Nigel Strangeways to discover what's what and who is to blame.

This was a thoroughly enjoyable easy read that brings entertaining suspense and old school detective stylings.

5 out of 5 murders are never perfect.

a darker shade of magic by V.E.Schwab "The world rippled, and Kell stepped forward through the door and into darkness, shrugging off Grey London like a coat"

Dip your toes into a fantastic world or two with this delightful, fantasy novel. Kell's magical abilities enable his journeys between parallel worlds. Different coloured Londons to be stepped between. Our hero isn't exactly squeaky queen, he might indulge in just a bit of  illegal smuggling.

Stay tuned for adventure, murder, mayhem and magic. What's not to like about that. I know this is one that Nicki is going to love.

5 out of 5 magical journeys are full of wonder.

Posted by Leggygal at 03:24 No comments:

The Human Factor by Graham Greene "An old-young man with hair which dangled over his shoulders and the heaven-preoccupied gaze of some eighteenth-century abbé was sweeping out a discotheque at the corner of  Little Compton Street as Castle went by."

I love a spy novel and a Graham Green novel, so naturally this one is right up my alley. What makes this so different from 007 style antics is the everyday nature of the story.
An intimate, human story of a man with a family and secrets.

Maurice Castle wants to retire and grow old with his South African wife and their son, Sam. His work with the Secret Service, international relations and blasts from the past seem to work against his plans.

A tight thriller that retains the immediacy of its characters' lives and thus ensures its timelessness.

5 out of 5 times the human factor is the reason things come unstuck.

Posted by Leggygal at 00:20 No comments:

Career of Evil by Robert Galbraith "The severed tibia shone icy white against the surrounding flesh"

The latest outing of Cormoran Strike by J K Rowling's altar-ego is a thriller that creeps up on you. I admit to being quite the fan of the sleuthing team of Cormoran and Robin. Having his young detective partner under threat of both marriage and dismemberment makes for a gripping read. I was prompted to pace through the pages and forego sleep just to discover the denouement and once again, I want more.

A one legged detective can gain some strange fans on the internet. Particularly those seeking similar disfigurement and who suspect that Mr Strike might have cut off his own leg. The no-nonsence ex-military man will soon put them straight on that account.

Rowling has an enviable talent for pumping out entertaining fiction and this is no exception. Let's hope she continues along the same vein.

5 out of 5 weddings are a kind of murder.

Posted by Leggygal at 01:45 No comments: I do so love that little evil genius, Artemis Fowl. These days, however, he sees a whole lot less evil than he used to be. So the reformed bad guy is in for a shock when he meets another young evil genius, a girl that might just leave him tongue tied or tied up.

Did I mention there's a demon imp around? Make sure you have some silver handy.

The set up for the next instalment sounds equally intriguing- got to love twins.

I devoured this little morsel quicker than a kinder surprise ( probably just as sweet too).

5 out of 5 apparitions tend to disappear occasionally.
Posted by Leggygal at 01:25 No comments: 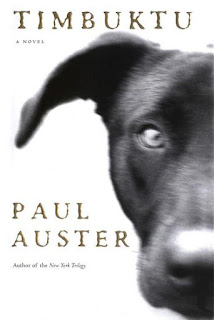 "How not to think his mas­ter was gone when the hand that had been mas­sag­ing his skull sud­denly slid off him and fell life­lessly to the ground?"


Happy new year fellow readers. I am happy to announce that on the 2nd day of the year, I've already completed reading my first book and it happens to be another tick on the 1001 list- double yay!

Fortunately, my literary journey this year begins with a fantastic little read. This tale, narrated by a dog, Mr Bones ( love the name), is beautifully realised. His master, Willy G Christmas is dying, bound for the afterlife which he calls Timbuktu and he fears that he will be separated for eternity.

Mr Bones will face new challenges, endure name changes, and keep you mesmerised by his journey.

5 out of 5 dogs make adorable companions.

Posted by Leggygal at 04:20 No comments: