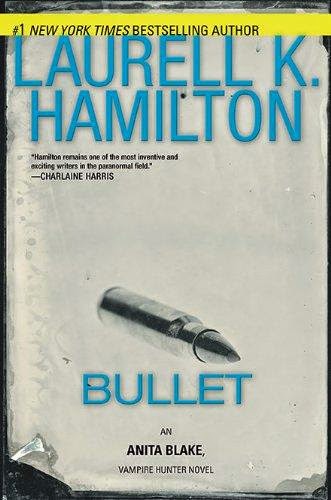 I needed a dash of escapism after a weird day today. I think perhaps I was a little tired, so jumping back into this book was hard work.I didn't realise I only had a few pages left and it took a while to recollect what had happened in the latest instalment of Anita's adventures of the supernatural variety. Something about someone's kid. Now its coming back to me, the mother of all darkness etc etc. Bad things are coming, again, after Anita. Everyone's coming where Anita is concerned, and as per usual things don't stay buried; no matter where she goes.
More were - lions, more vampires, more drama. Yes an outing with Anita is almost as eventful as the weird and wacky conversation I had to day with someone possessing that ovary-ache- inducing appeal that Jean-Claude and Richard in the re-united triumvirate have. But I digress...I'd love to share more about what happens in the book, but it just seemed a little forgettable this outing. I keep returning to Anita to relive the excitement of some of the earlier instalments. Since she's made peace with her need to couple with everyone, something of the illicit thrill has gone out of it. Who knew a bevy of supernatural hot bods could be a bit of a snooze. Could it be time to settle down? For Anita it sounds like it.

2 out of 5 randy were-creatures just phoned it in.

Posted by Leggygal at 04:10 No comments:

One Day in the life of Ivan Denisovich by Aleksandr Solzhenitsyn "Then Shukhov asked his wife to explain to him how he, who'd never been able to draw in his life, was going to become a painter".

What does it say about my week at work that spending time in a Stalinist era prison would be a welcome escape from everything else that was going on? Stodgy stew, or the lack of it, bread crust spoons, this is quite literally a day in the life.
Like Orange is the new black but without the girl on girl romps.
I don't know but I had put off reading this for quite some time, thinking it might be a little depressing, as it turns out this was the week to crack the spine. Nothing like  a little dose of misery to make one's own dramas seem easy to deal with.
The contrast between the cold requiring special knee high boots versus the lovely weather we are having at present, made it all the more bearable.

4 out of 5 prisoners lead a pretty horrid existence.

Posted by Leggygal at 03:37 No comments:

We Are All Completely Beside Ourselves by Karen Joy Fowler "When there is an invisible elephant in the room, one is from time to time bound to trip over a trunk."

I've been 'hanging out', pardon the pun, to read this novel shortlisted for this year's Man Booker Prize and winner of the 2013 Pen/Faulkner award for Fiction. I remember a rather intriguing discussion of the reveal on the First Tuesday Book Club. Let's just say there was no attempt to hide any spoilers with the paperback edition, the cover and the blurb pretty much give the game away.

Rosemary is an imperfect heroine and perhaps that explains her appeal. There is something so 'human' about her voice that draws you in. I particularly like the way everyone in the novel is represented as having their own revisionist viewpoint of history, it certainly has a ring of truth about it.

If someone had told me what the entire story was about, I'm not sure I'd be clamouring to read the novel, yet I thoroughly enjoyed it. My only quibble was occasionally, and perhaps its only natural as the protagonist looks back, Rosemary appeared of indeterminate age. Maybe, that was a reflection of her other-ness, having begun her life in such extraordinary circumstances. 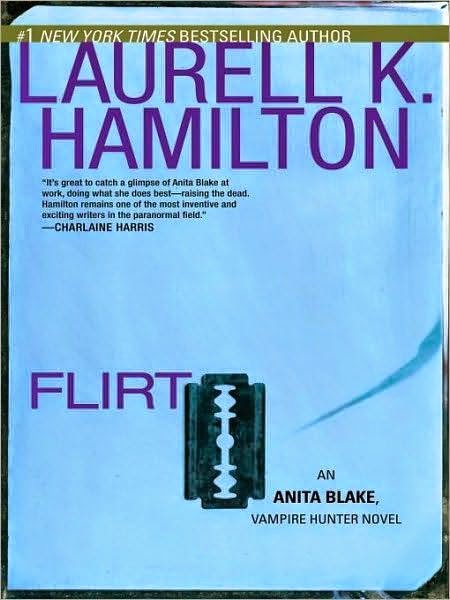 "I was still mak­ing peace with the meta­phys­i­cal mess my life had be­come."

A quick bite out of Anita's mythological menagerie of lovers seemed like a quick win on a Sunday night. This little novella sees Ms Blake indulging her inner lioness and embroiled in her usual supernatural activities.

Two very different requests for loved ones to be raised from the dead are rejected by Anita on the basis that those behind the requests are just plain creepy. Which of the two, however, will not take the rejection lightly? Will her bevy of beautiful and animal-like beaus come to blows in the aftermath?

Let's just say it won't take too many pages to find out.

Interesting to see where Anita's more predatory traits will take her next?

The Making of Hitchcock's the Birds by Tony Lee Moral "But first they had to catch the birds - and that was far from easy".

While this attempts to distance itself from some of the more outlandish stories that abound regarding the making of this unforgettable Hitchcock classic ( see http://www.telegraph.co.uk/culture/film/starsandstories/9753977/Tippi-Hedren-interview-Hitchcock-put-me-in-a-mental-prison.html for a sample). It remains an utterly compelling read and possibly more so for its less salacious stand point.

There is something about the combination of a Daphne du Maurier source work ( Rebecca being one of my faves) and the mastery of Hitchcock that combine for cinematic brilliance. That being said the almost complete re-write carried out by Evan Hunter can’t be discounted and his tales of serfdom are an essential element of the book’s charm.

My favourite character in the Hitchcock team is, apart from Alma, the always amazing Edith Head. Her creations were always revelatory and the thought process behind them fascinating. Tony Lee Moral provides delightful insights into the production that make you feel almost part of it, although thankfully not literally part of it- some of those trained birds could still be intimidating.

Posted by Leggygal at 05:53 No comments: 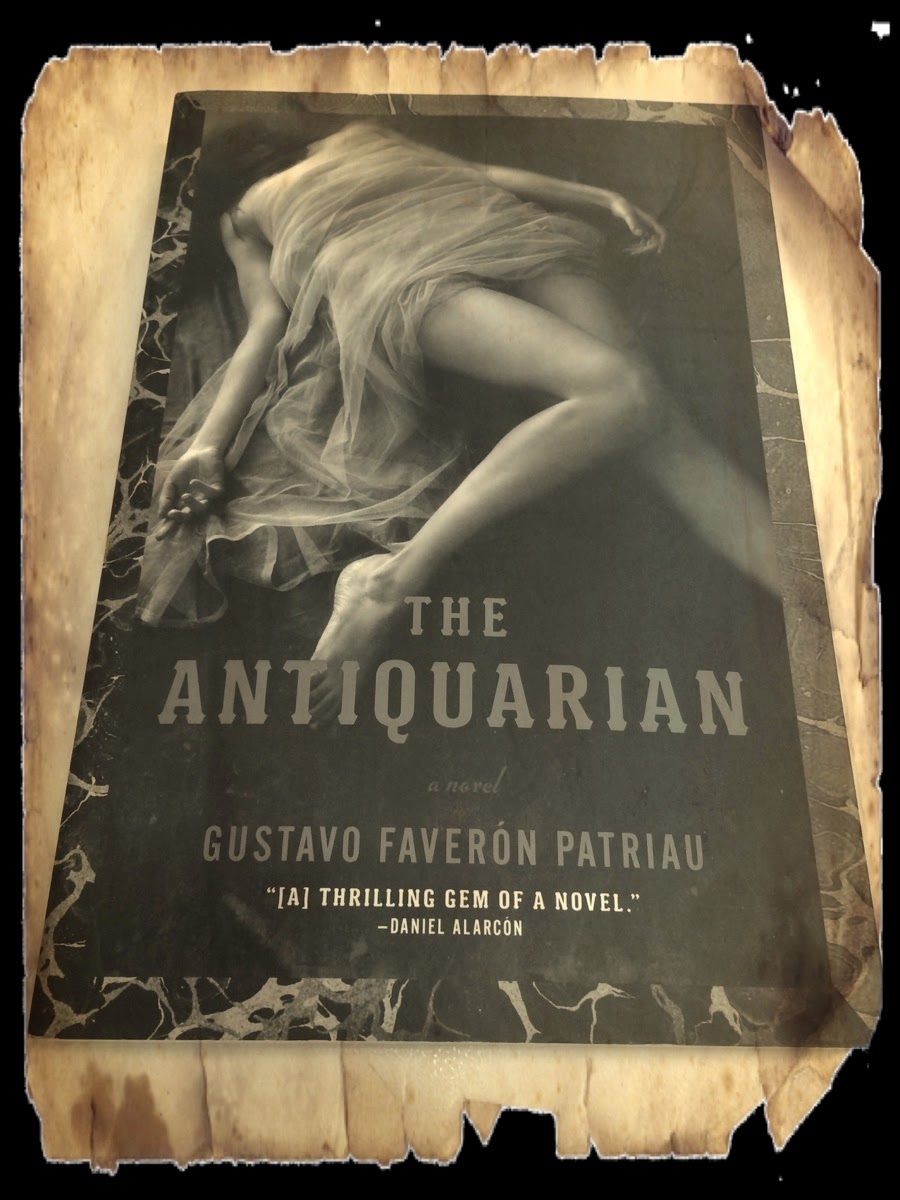 “The Antiquarian is a personage cloistered in a tower of books and sun-faded bundles of paper, ever a stranger to the world around him.”

The first thing that struck me about this novel is the savage beauty of the words on the page. There is something otherworldly and amazing about the way it is written and I wonder whether that reflects the native novel or can be, in part perhaps, attributable to the work of the translator. In a similar vein, this novel is chock full of violence and death and darkness and yet it retains this air of seductive mystery which draws you into its dreamlike pages.

The quote I've posted above really struck a chord, it reminded me of being lost in a sea of books to lock out the real life horrors of the world, and if you watch the news there are more and more each day.

On a more positive note, it is a rare work that really surprises. I had no idea where this was going and the combination of madness and suspense is intoxicating for the reader. Plot wise however, the novel did not  fully imprint on my memory - perhaps a re-read is in order.

4 out of 5 psychiatric wards contain nutters.

Posted by Leggygal at 04:16 No comments: "Anything whatever can be the accidental cause of hope or fear"

Well I struggled through this one. I would love to share some enlightening and erudite thoughts but my mind was taxed by the less than secular aspects of this well known work.
The central premise seems to be to link everything back to because god is x, then y is z.
Spinoza goes on and on and on and on and it seems there was not a thought he didn't feel like sharing.
Perhaps I was not in the mood to interrogate the text too closely, it has, after all been a long week.

1 out of 5 philosophers engage in navel gazing.

Posted by Leggygal at 07:13 No comments:

Requiem for a dream by Hubert Selby Jnr Things not to read when you’re under a lot of stress and living on long blacks, I present exhibit A. I was compelled to throw myself into the mire of despair that is this novel on my never-ending quest to complete the 1001 novels to read before you die list and also despite having seen the unforgettable film version.

Anyone who has seen the film, or read the novel, will tell you that this is a story you will find difficult to erase from your mind. It feels strangely contemporary, given its vintage, it was first published in 1978. Certainly some of the drug parlance might have changed, but the circumstances remain the same, heroin is a fair weather friend and diet pills line the path to madness.

For some interesting insight into the author see http://www.salon.com/2000/10/26/selby_2/
The novel has a somewhat addictive voice, it draws you in, and before you know it you’re hooked – bang on given the subject matter.

Posted by Leggygal at 05:34 No comments:

The Elementary Particles by Michel Houellebecq 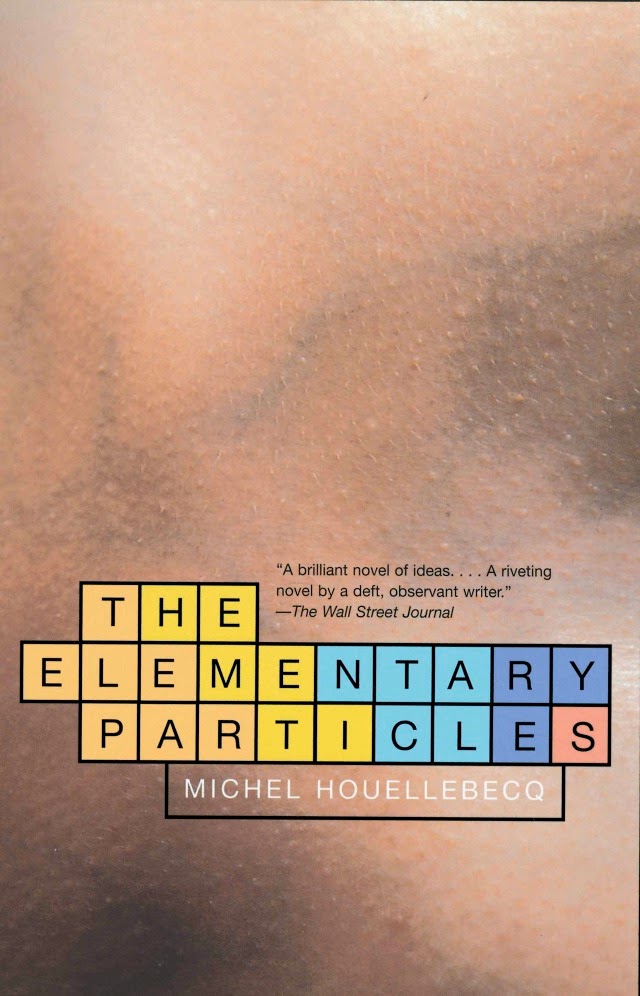 "He had been car­ry­ing con­doms around for years and had never used one of them—after all, whores al­ways had their own."

I'm pretty sure I once swore off reading any more Houellebecq after The Possibility of an Island,  but my commitment to making  a dent into the 1001 novel list meant that wasn't on the cards. How to summarise this book, hmm.... sex and death.
I finished it more depressed than when I opened it and I'd had a pretty ordinary day at work.

Here is a novel that explores the endless possibility ignited by sexual awakening, the guilt, the weirdness and it's inevitable climax in the loss of fecundity, and the rot of old age. Disease, flabby skin and inability to perform set the horrendous scene of the outlook of post middle age. Perhaps if I was younger I would look more favourably on this book given that it is written with dexterous skill; but man, it was just a major buzz kill.

3 out of 5 things get worse with age apparently

Posted by Leggygal at 06:00 No comments:

All the Birds, Singing by Evie Wyld “He stomps out of the shed and comes back with a wild eyed sheep, the one with black spots on her nose.”

This winner of the 2014 Miles Franklin award ( and apparently a raft of other accolades) is a strange beastie that took me a little longer to finish than I would anticipate of a 240 page novel. This is a novel of mutilated sheep, upset birds and misery drifting back and forward in a non-lineal fashion to potentially reveal the sources of Jake Whyte’s (the girl with the boy’s name) torments.

Definitely a good book club choice as it is strange and unusual enough to foster discussion – as the publishers have hit on http://www.randomhouse.com.au/blog/all-the-birds-singing-book-club-questions-2090.aspx .

There are some harrowing scenes, incrementally revealed which go some way to explain Jake's flight to a remote island on the other side of the world. As a moody thriller, it is certainly sure to capture your attention, if you're like me, it just might not deliver the resolution you seek.