The Long Mars by Terry Pratchett and Stephen Baxter Number 3 is the book which has served to re-ignite the flame of my enthusiasm for this continuing series. Certainly the last book just felt like an expository blimp, a necessary back filler before things got interesting and didn’t they what! Talking beagles! Yes, you read that correctly.

How would you cope with a talking beagle?  Would you be species-ist?
Last book we saw the troubled trolls being beaten up by hideous human steppers, however in this book, they are more likely to be signing and that’s never a bad thing. **POTENTIAL SPOILERS**

Yellowstone has erupted, most of datum Earth have escaped across the Long Earth by stepping and a new species of wunderkind is emerging from happy landings. This is epic stuff and I was enthralled – so much so that I haven’t got enough sleep in the past few days trying to finish this delightful tome while burdened with the rest of life’s annoying responsibilities.

The Long Mars has crabs – and not just any crustaceans – these creatures are enormous and hold a grudge.

Sally’s continuing journey of exploration with her father provides drama, thrills and spills and let us not forget the billionaire Mr Black’s quest for eternal youth in the edges of the alternate universes. So much is going on here and yet it works, seamlessly and brilliantly. The tension, particularly generated by the fear of the Next, is building and horrifyingly, for this reader, she will just have to wait for the next release which just can’t come soon enough. Yet again I am grateful to the 1001 books list for delivering another delightful literary gem. Short and tasty, featuring a kitchen loving protagonist there is something really unique about this tiny pink book's voice. Perhaps it is the translation from the Japanese which sets it apart.


Dreams,kitchen, death, love and confusion. This is a peek into a very different life. Bereft and lost after her grandmother's death the protagonist moves in with the Tanabe family - the boy who used to work in her grandmother's flower shop and his transsexual parent.

The book is rounded out with a final very short tale entitled 'moonlight shadow', a tale of love and bells.


5 out of 5 the kitchen is the best room in the house.

Posted by Leggygal at 05:51 No comments:

The Immortal Crown by Richelle Mead I've been a fan of the work of Ms Mead for quite some time and was eager to devour the latest instalment of the Age of X series. My recollections of the first novel were a little hazy, diffused somewhat by the passage of time. This was, perhaps, the reason why it took so long to get into this latest iteration.

The first half of the novel took an absolute age for me to finish and I wonder if this was due to the long break between reads. The action certainly beefs up in the second half, which definitely re-ignited my interest in the story. Mae's mission, the impact of the gods and the pacts that are being established made for an intriguing tale which, unsurprisingly, sets the scene for more adventures to come. Did I mention I'm a fan of Mae?  Yes, bring on the next one - let's hope Richelle can finish it quickly.

4 out of 5 praetorian guards look good in black.

Posted by Leggygal at 00:30 No comments:

Look who's back by Timur Vermes 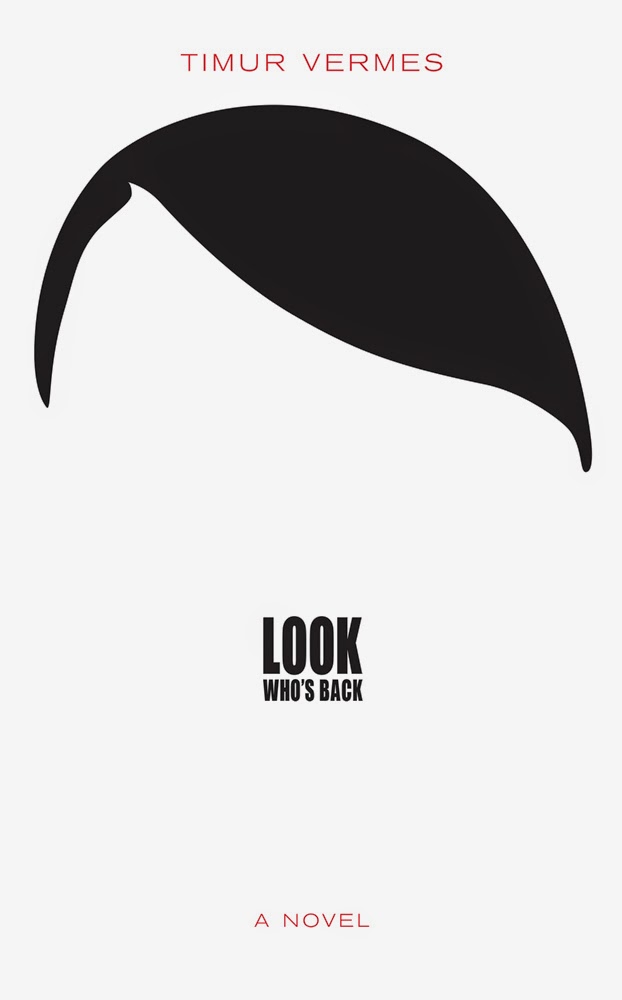 Adolph Hitler wakes up Rip Van Winkle style in 2011, cue political satire. It is a concept ripe with comic promise, and yet it leaves a rather nasty taste in one's mouth. There's something quite icky about almost feeling sorry for one of history's horrific characters.
The tongue in cheek jokes wear thin after a while. Hitler, becomes a TV show celebutard through you tube exposure, It is black humour all the way, but I can't help feeling something got lost in translation from the German, as I was pretty much unimpressed.
There was the odd titter here and there, but not enough to keep me engaged for the entire novel.

I read this in time for its appearance on the First Tuesday Book Club tonight - it will be interesting to hear what their reviewers have to say. I wonder if they will be more effusive? I doubt it. There's still something, all a bit too soon about this.