The Austen Escape by Katherine Reay 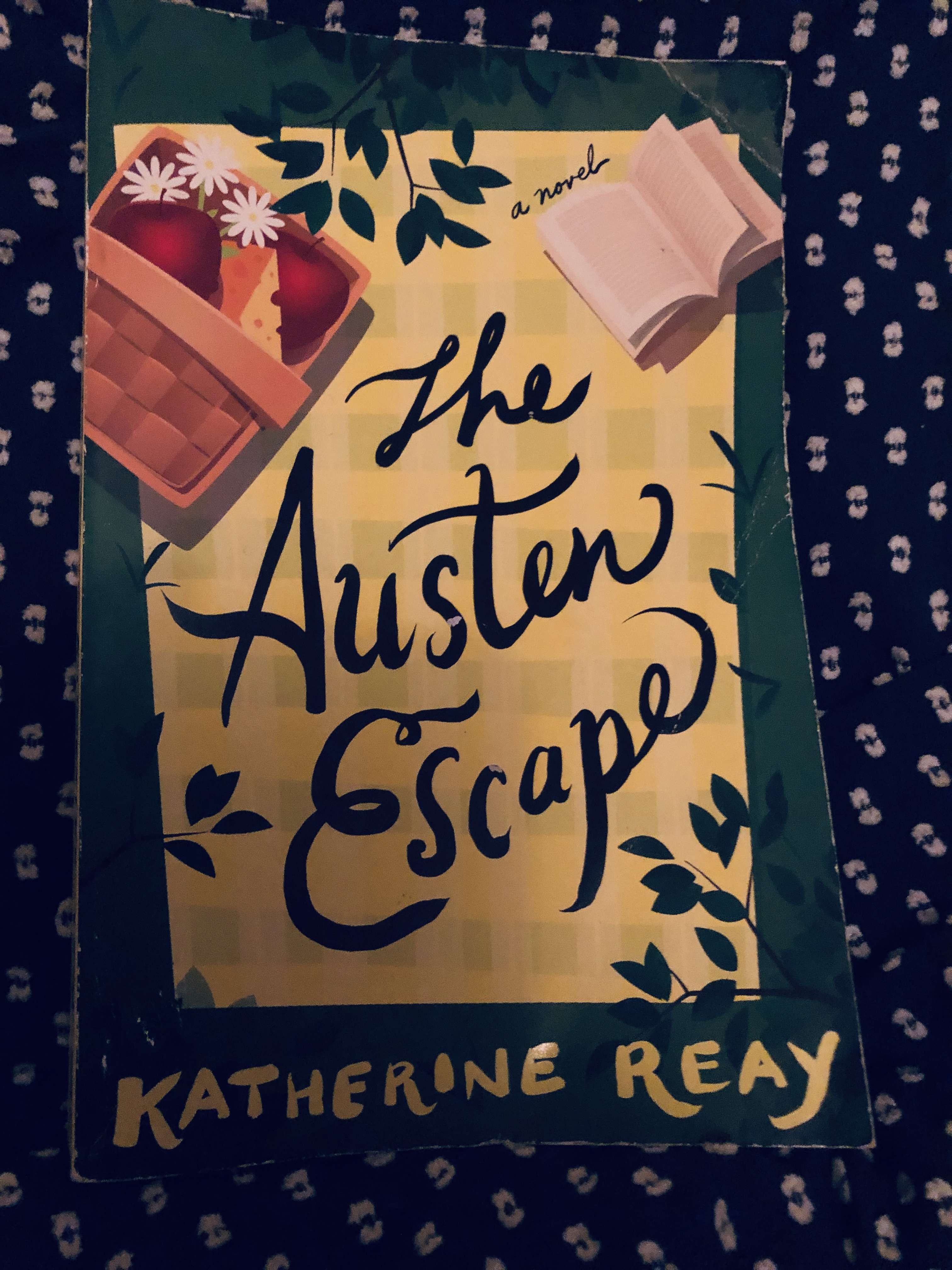 "As the words left my mouth, I realised that, like a true aficionado  I'd just appropriated an Austen line."

If you've read my blog previously, you will know how much I love to complete a list of any kind. So, I can report with a great deal of satisfaction, that I've ticked off all 5 of Vulture's Five Essential Novels with Jane Austen as a Premise. Certainly some have been better than others, nevertheless I certainly rounded the list out on a positive note.

The Austen Escape is an escapist delight. Mary, an engineer agrees to attend a two week Jane Austen themed stay in the UK with her Jane Austen obsessed friend. It turns out however, that her friend has been hiding a rather interesting secret and is about to have a bit of a meltdown. All sorts of shenanigans are about to ensue and Mary is about to learn that the famous chronicler of manners might have some keen insight in matters of the heart even in today's cynical world.

A super easy read that was the perfect antidote to a stressful week of work.

5 out of 5 escapes should involve romance.

Posted by Leggygal at 06:04 No comments:

Email ThisBlogThis!Share to TwitterShare to FacebookShare to Pinterest
Labels: top5_janeausten_inspo

The Wolves of Willoughby Chase by Joan Aitken "She was afraid that her faint cry would not be heard, but at least one member of the group responded to it. for there was an answering halloo, and a small finger detached itself from the rest and darted forward."

I started reading this aloud to my mother and instantly understood how it could be a children's classic. The initial descriptions of the surrounds and the manner of Miss Slightcarp are so chilling and foreboding that they leave Hitchcock for dead. The very best children's tales are ones that hold as much appeal for the child lying dormant in every adult and this is a perfect exemplar.
I just want to read more.
None of your cotton wool covered, safe children's tales here. This is life and death stuff! Told from a child's perspective makes it even more effective. For cousins Bonnie and Sylvia, the world they know is about to experience rapid and terrifying change. Joining them on the journey is rather magnificent. How fantastic to discover this is merely book one of a series. Nicki - this one has your name all over it - although I suspect you've already discovered it.

5 out of 5, settle down under the doona for a chilling winter's night's entertainment.
Posted by Leggygal at 01:21 No comments: "On his face was a complicated look - of confusion, of anxiety, of mirthless hilarity."

I was eagerly anticipating the arrival of this new work from McEwan because I'm slightly obsessed with the idea of Artificial Intelligence and its ramifications on every day life. The fact that this particular work is set in an alternate 1980s London was quite possibly my least favourite aspect of the novel. I found the timing and events a little distracting because the rest of the action seemed so contemporary.

There were moments where the story of Charlie, Adam, Miranda and Mark was all consuming and I felt confused by talk of Thatcher and Turing.

To me their tale was entered around the premise that Haddaway sang of - What is love? Love is such a fractured, strange, complicated beast, can it ever be understood by a machine that seeks answers in patterns and absolutes?

The lives (if that's how you can describe them) of the synthetic humans are tortured mirrors of our own inability to deal with the horrific complexities of life. Their struggles are compared against the intensely complicated back story of rape and revenge that is Miranda's tale, the mired childhood of Mark and Charlie's general confusion about everything that is playing out.

My first response to the novel was to discount it a little and yet it plagued my mind. Upon further reflection, my appreciation of it is increased. In some ways it is the perfect reflection of the goldfish bowl times where we jump from story to story, time to time and person to person seemingly at a digital pace. Always seeking the new and improved without adequate reflection on the repercussions. That was my takeaway at least, and I suspect others might take differing views because we all hold varying opinions on what it is to be human.

5 out of 5, uncomplicated, hot robots are just as mixed up as the real deal.
Posted by Leggygal at 23:24 No comments: