The Life of Lazarillo of Tormes by Anonymous 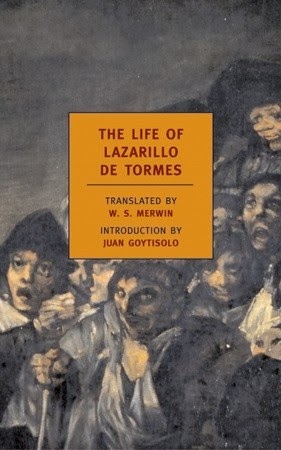 “I think it is good that such re­mark­able things as these, which may never have been heard of or seen be­fore, should come to the at­ten­tion of many peo­ple in­stead of being buried away in the tomb of obliv­ion."

Everyone has met someone in their life who tells a mesmerising yarn. They rabbit on and you remain thoroughly entertained and somewhat transfixed. Perhaps they are holding up the end of a bar somewhere, or a distant relative who makes family gatherings able to be endured, regardless, they will bear more than a passing resemblance to the delightful voice of Lazarillo.

It is impressive that such an old work ( admittedly with a modern translation) is so easily accessible - both literally and figuratively. You can get yourself a free copy on my favourite website - project gutenberg. The novella (incidentally, given time constraints and my ever decreasing attention span 2014 could be the year of the novella) is, put simply, a hoot. The twisting, picaresque tale of the eponymous 'hero' who is a delightful innocent that goes from one drama to another.

Critical of the church and in particular the inquisition, the work was banned by the Spanish Crown and put on a list of banned books by the inquisition (well according to wikipedia). Perhaps another reason why the author remains 'anonymous' - no not the internet group.

Lazarillo's journey involves more job titles than your average arts graduate ( I'm allowed to make that joke - I am one). After leaving his mother he goes to work for a rather nasty blind man - fear not he cheats him - yes, there's no stone casting around here - everyone is a little full of sin. Even his marriage is blemished by his wife's affair with an elder of the church and the fact that his child turns out not to be his after all. The poor sop is so convinced his wife is well behaved that he tells her

" it made me happy -- for her to go in and out of his [the Archbishop] house both day and night because I was so sure of her virtue. "

Actually, that plot line could easily have come from a modern soapie or the like.

Lazarillo has a bad track record with women, at one point, he almost loses his
crown jewels

"[w]hen I saw my precious stones in danger, I pulled so hard that I broke a rope and one of the bedposts".

That was just a taste of some of his misadventures! For a short and entertaining read, check it out for yourself.

5 out of 5 badly dressed squires are forced to flee.