Bury My Heart at Wounded Knee by Dee Brown 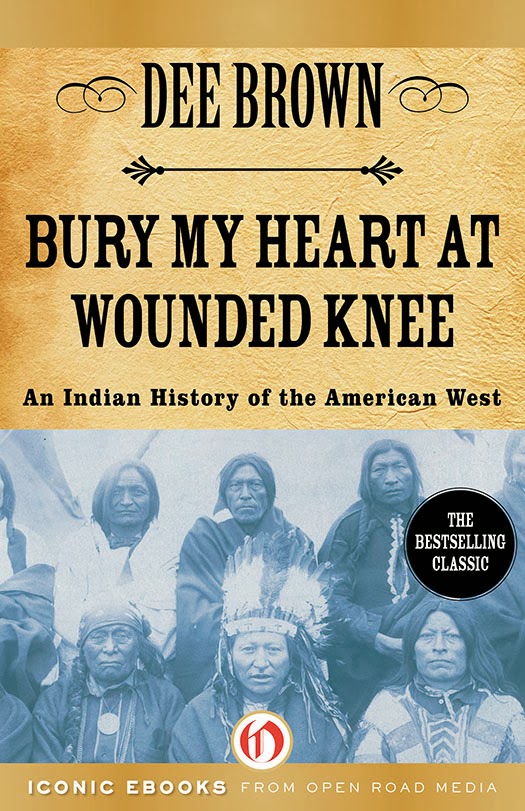 "In the days when the Cheyennes num­bered in the thou­sands, they had more horses than any of the Plains tribes. They were called the Beau­ti­ful Peo­ple, but fate had turned against them both in the south and in the north. After twenty years of dec­i­ma­tion they were closer to oblit­er­a­tion than the buf­falo."

Let me begin by stating, this is not an easy read. Sometimes, I think reading non-fiction is the biggest struggle of all (well in relation to reading at any rate), as it highlights the really sordid aspects of the human race. The proud indigenous natives of America were brought to their knees in sometimes gruesome fashion as this record of history lays bare.
It is easy to cast aspersions as far afield as America, when here in Australia we have our own, similarly shameful history with our indigenous inhabitants, however the immediacy of what occurred is brought to life in this book in searingly awful detail.

Atrocities never make for an easy, palatable read and here they are rife. Nevertheless, it is a testament to the author, that the reader perseveres due in no small part to the gravitas of the writing.

It took me a long, long time to  get through this and I think that is the reason why I deducted a point on my review. This is undoubtedly a worthy non-fiction read and certainly something that everyone should read at least once, if only to gain a vivid picture of a period of history. They say we learn from history, but I highly doubt that sometimes. Imagine one day you were just getting on with your life and the next a foreign power decides to settle and take over your lands, treating you as sub-human. It is scary to think that this still happens in the modern world.

I think the photography also caged this in perspective; the mix of relative modernity with true vicious savagery. Perhaps the most disconcerting aspects were the deals made that were then used only as an excuse to imprison and deny people their basic liberties.
This review sounds a little more like diatribe than usual, I think that relates to my discomfort with the content.

4 out of 5 readers' stomachs will turn at this true tale.