The Wolf of Wall Street by Jordon Belfort 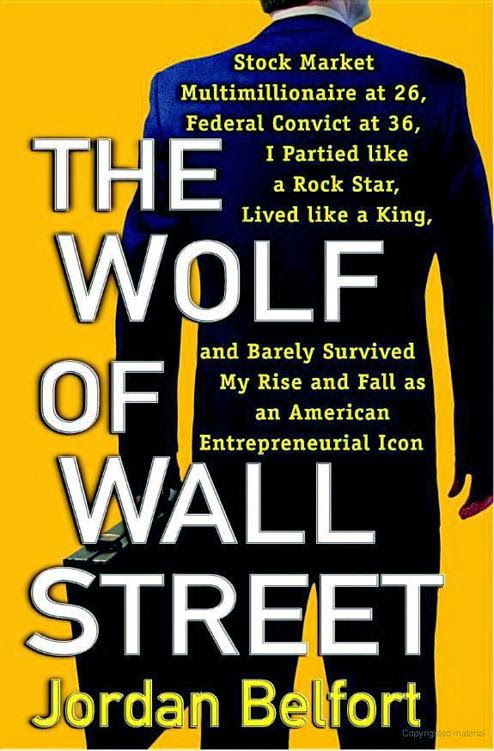 "In the past, I had stuck drugs up my ass too—going through this coun­try or that—and it wasn’t a bar­rel of laughs. "

What can i say about this one that hasn't been said before? The author is a pathetic excuse for a human being whose moral compass is probably lodged firmly in the place where he might have smuggled drugs previously. This is a case where the movie was probably less repugnant than the book, merely because it was a fiction and this claims to be a true story.
It reads like an advertisement for quaaludes and prostitutes. Women are merely a commodity, ripping people off is a career and putting people's lives in danger through utterly stupid behaviour is tossed aside as an amusing anecdote.

Belfort's behaviour is so atrocious that you might feel some kind of prophylaxis is required before you touch the pages.. lord knows where they've been.

No wonder we had a global financial crisis and at least he went to jail for a short time. Mind you it is almost unfathomable that the guy is now making a living as a motivational speaker.

Still, I read the book,so where does that leave me? Well, I finished it unscathed and after the week I've had I can see the allure of some Lemmon 714.

3 out of 5 dwarf tossers agree.