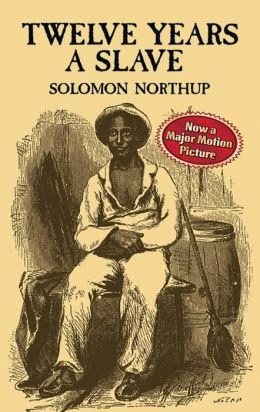 “They left me in the cabin, that I might rest. Blessed be sleep! It visiteth all alike, descending as the dews of heaven on the bond and free.”

After watching the recent Academy Award Winning film, it was time to delve into the source material and see from whence it came. Separated from the star power that brought the story to life on screen (seriously Fassbender, Ejiofor and Cumberbatch – 3 guys I’d love to be in the same room with), the 1853 memoir loses nothing of its gut wrenching power through the medium of prose. As readers however we should all be grateful to Steve McQueen for shedding light on the source material and a man who overcame unthinkable obstacles just to return to his ordinary life.

Northup’s narrative is so engaging and speaks clearly of an intelligent, genuine, family man who is ripped away from everything he holds dear and treated like chattel. Forced to hide the true circumstances of his status as a free  man for fear of life threatening beatings, Northup, once absconded by slave traders, remains enslaved for an unbearably lengthy time ( as the title suggests).

I have to admit to being more pleasantly disposed to the Canadian carpenter character in the book than the movie. The Pitt factor was too much of a distraction in the cinematic interpretation.