The Juliette Society - by Sasha Grey

"Because there's no point in banging hard on the accelerator if you don't know how to apply the brakes, turn the wheel or shift gears."

This is a far better product than the immensely popular trite that is Fifty Shades of Crapola. It's easy conversational tone is compelling - albeit overly peppered with the same words over and over again.  If you did a word count on "pussy" or "wet" I'm fairly sure the results returned would be a large percentage of the total volume.

I first heard about the author when  Stephen Soderberg's The Girlfriend Experience  (photo below) provoked copious amounts of press coverage  for the cross over career of its star, but other readers may have a broader knowledge of her earlier, more salacious works.

Banking on the infamy of its author - the rather stunning Sasha Grey -the novel veers firmly in the one handed read territory that you might expect from an ex adult film performer.
Having said that, the plot is engaging and the film student heroine references some classic films that I love. The rosebud story was not news to me - I thought everyone knew that one.

Catherine is a heroine who finds her self initially in circumstances most women could relate to - things have gone off the boil with her boyfriend and she's feeling a little neglected and fantasises about her good looking college professor. Things take a turn into far  seedier territory when she befriends the gorgeous and mysterious Anna.

The author is at her best when referencing Belle de Jour - I love that movie and Catherine Deneuve - and this book draws consistent parallels with Séverine's secret other life and the destructive impact  that surrendering to it provokes. 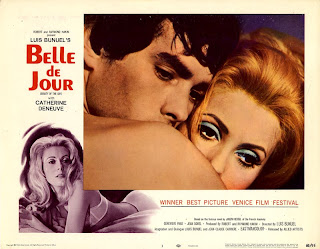 4 out of 5 - a promising start for a first-timer, not so sure about the climax.﻿