The Man In The High Castle by Philip K Dick 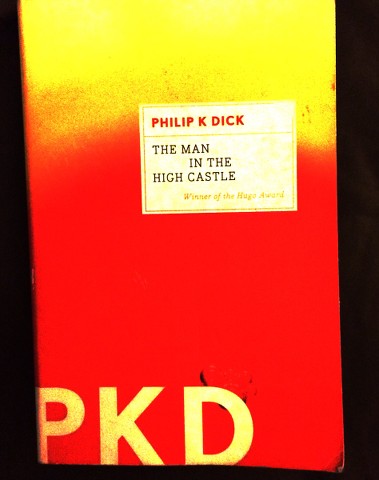 "Mr. Nobusuke Tagomi sat consulting  the divine Fifth Book of Confuscian wisdom, the Taoist oracle called for centuries the I Ching or Book of Changes."

An alternate reality where the nazis won, Hitler is no longer around, fake post war knick- knacks are just the thing to redecorate with and everyone consults the I Ching form the strange setting for this  1963 Hugo award winner.

Reality and fiction perform a merry dance under the tutelage of the Book of Changes, which apparently drove the production of the strange and unusual book within a book called The Grasshopper Lies Heavy  which tends to suggests there might be an alternate reality where the Nazis did not succeed.

My memory of this one is a little foggy I have to admit. I was flying back on a plane interstate after celebrating my best friend's birthday and possibly having destroyed a number of brain cells, although not PKD style, just through one too many cocktails.

This was not my favourite PKD book. On reflection though, I can't help but marvel at certain aspects of it and think it is probably something I should re-read when I have the time.

4 out of 5 cigarette lighters belong to assassins in alternate universes.