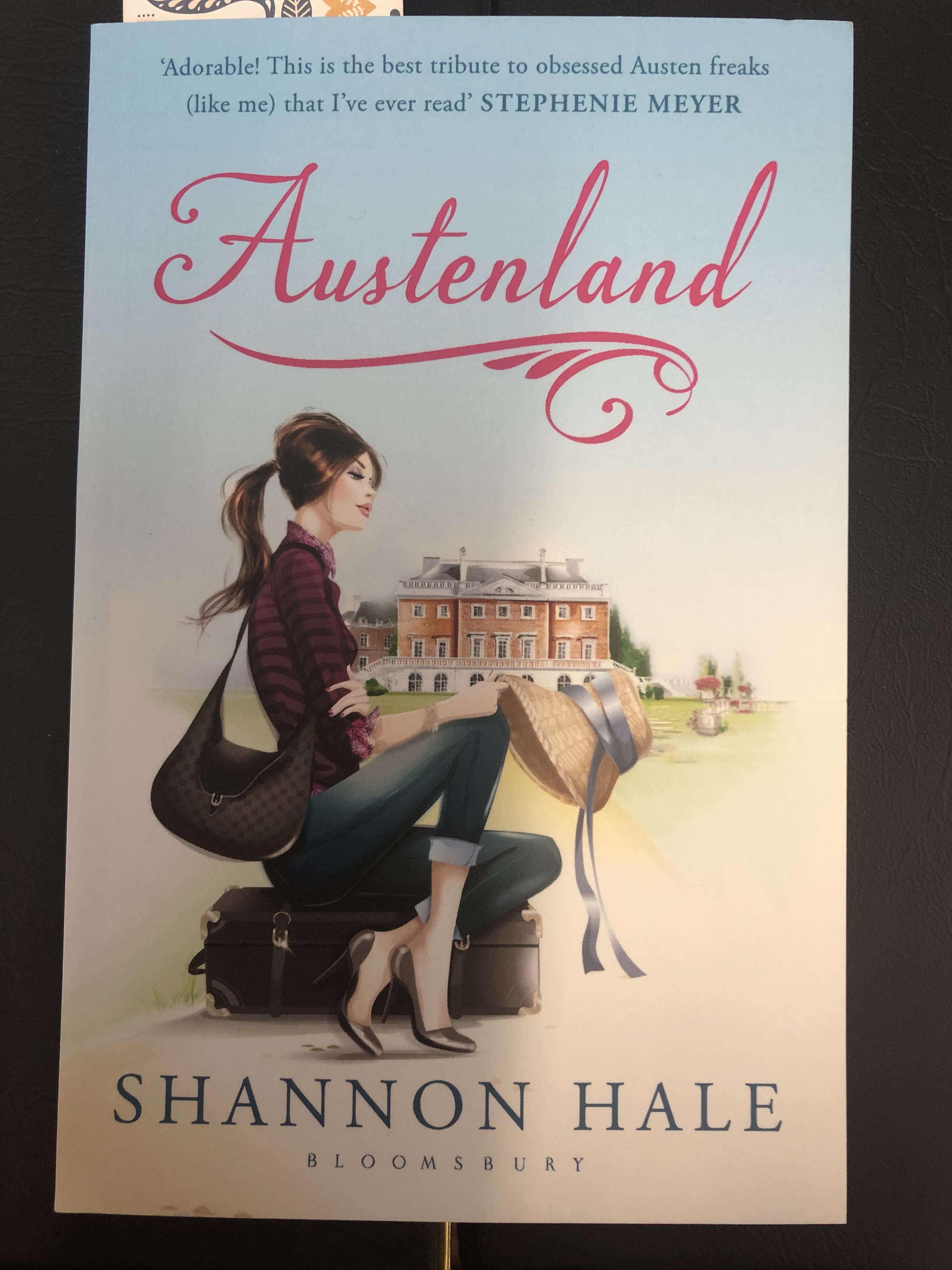 "She was determined that this vacation, this holiday, unlike any of her relationships, would have a very good ending."

Embarrassingly I have watched the movie adaptation of this countless times. Only recently did I discover that the movie story was an adaptation. Naturally I ran out and bought the book. The novel doesn't play for laughs quite as distinctly as the movie. I suspect that lies in the genius of Jennifer Coolidge and Bret McKenzie ( I am a huge fan of Flight of the Conchords).

So I guess I've established the fact that both works are rather different. Nevertheless, they are both equally delightful. I love them both. New York graphic designer, Jane, inherits a rather unexpected vacation in an immersive setting that transports the participants back to the age of Jane Austen.

Dressed in costume and with a stack of rules of behaviour to adhere to, Jane is initially a little perplexed by her stay. A personable gardener appears to add a touch of potential romance, unlike the seemingly staid, Mr Nobley, whose entire demeanour seems rather irksome. Rather like Mr Darcy first appeared to Elizabeth Bennett.

I fear I've given away too much at this point. So, rather than re-tell the entire story, I'd say, grab yourself a copy and a nice warm cup of tea, put your feet up and enjoy some confectionery goodness.

5 out of 5 holidays with a dash of romance make life worthwhile.﻿
Posted by Leggygal at 02:05

Email ThisBlogThis!Share to TwitterShare to FacebookShare to Pinterest
Labels: top5_janeausten_inspo