The Wife by Meg Wolitzer 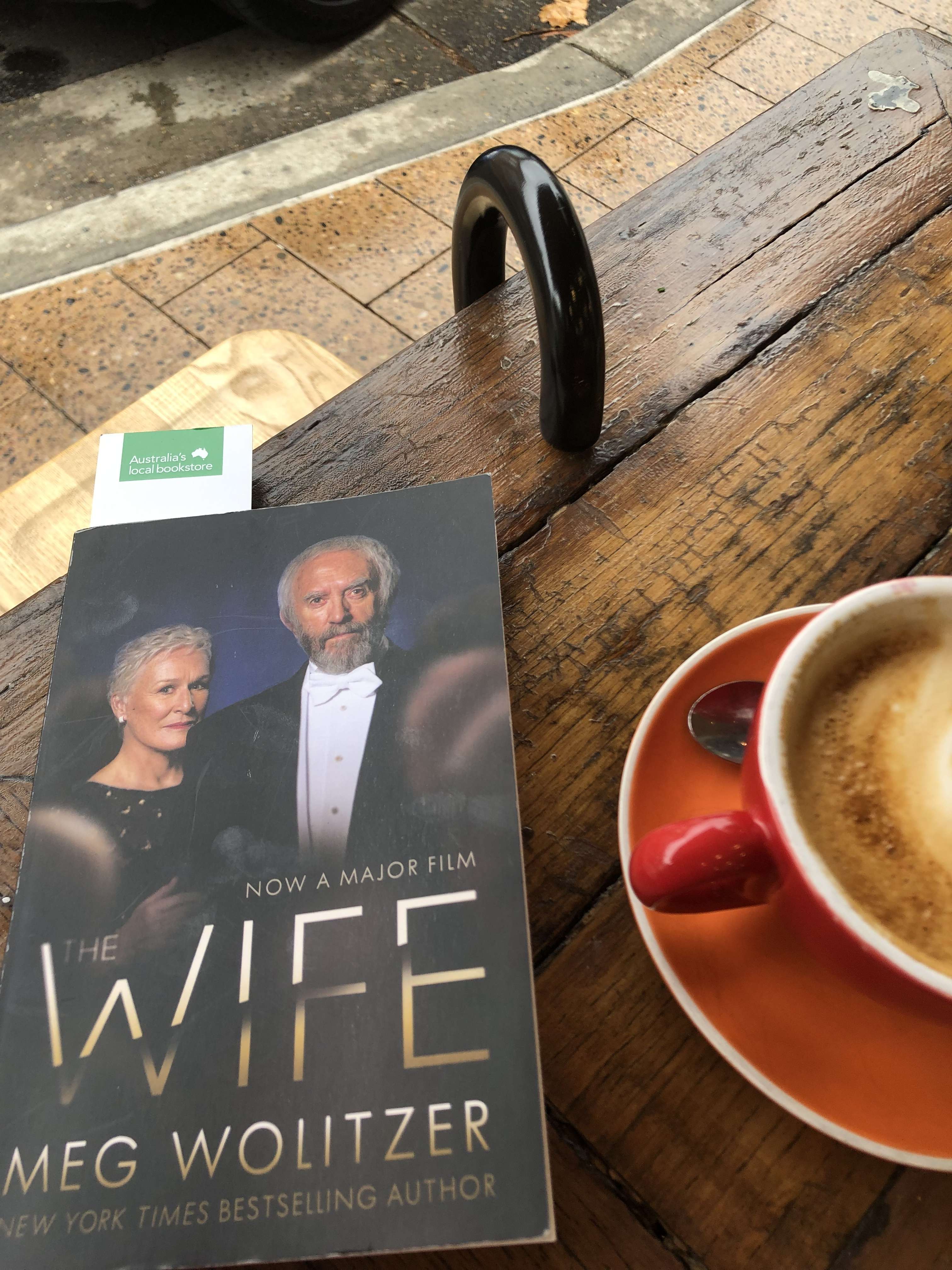 "We know just what to say to the men who for some reason have a great deal of trouble taking consistent care of themselves or anyone else."

I was having one of those days when I cracked the spine of this fantastic novel. I'd been reticent to watch the film or read the novel, and then the lovely Chat 10 Looks 3 ladies discussed it on their podcast and I couldn't resist. This is a cracker of a tale, well paced, well written, easy to digest. I finished it in no time. Well, not quite no time, but rather quickly nonetheless.

For me, I think it captures a certain recognition of ageing and the truly unfair status that is forced onto women particularly. We see the main character taking a decisive step at the opening of the novel, and then learn the reasons why, as the tale unfolds. Here is an intelligent woman whose relationship with her husband develops from a transgression in her youth. The mundane nature of an impressionable, young student falling for her married tutor amplifies the sense of disparity between the two. As she helps him to realise his personal and professional ambitions, her life takes a decided backseat, until she is a shadow-person in his reflected brilliance.

The truth behind the façade makes for a great read. Perhaps because I’d read the blurb, seen the advertisements for the movie and heard discussion on the pod cast; the action did not come as a particular shock. This is no one trick pony offering however, and I was happy to just enjoy the ride. I think as I get older, I notice the gender disparity reflected in the text more markedly . Women are prized when they are young, nubile, impressionable and adoring; by the time reality sets in they are prepared to overlook the ageing of their male counterparts in a way that many men seem to find impossible. Faced with the prospect of losing their youthful looks and energy, only to be confronted by the potential that their partner could start again with someone younger, their circumstances are understandably fraught. Add to that the financial disparity of women who have surrendered their careers to be the caretaker of children and you can understand the brewing discontent that Wolitzer fleshes out here. Then *spoiler *the cherry on the top is whose brilliance are we really talking about? Is the much-vaunted author really the sole source of creative genius? Well I have to leave you something to read, so I’ll end this here.


5 out of 5 alpha males rarely achieve greatness on their own.