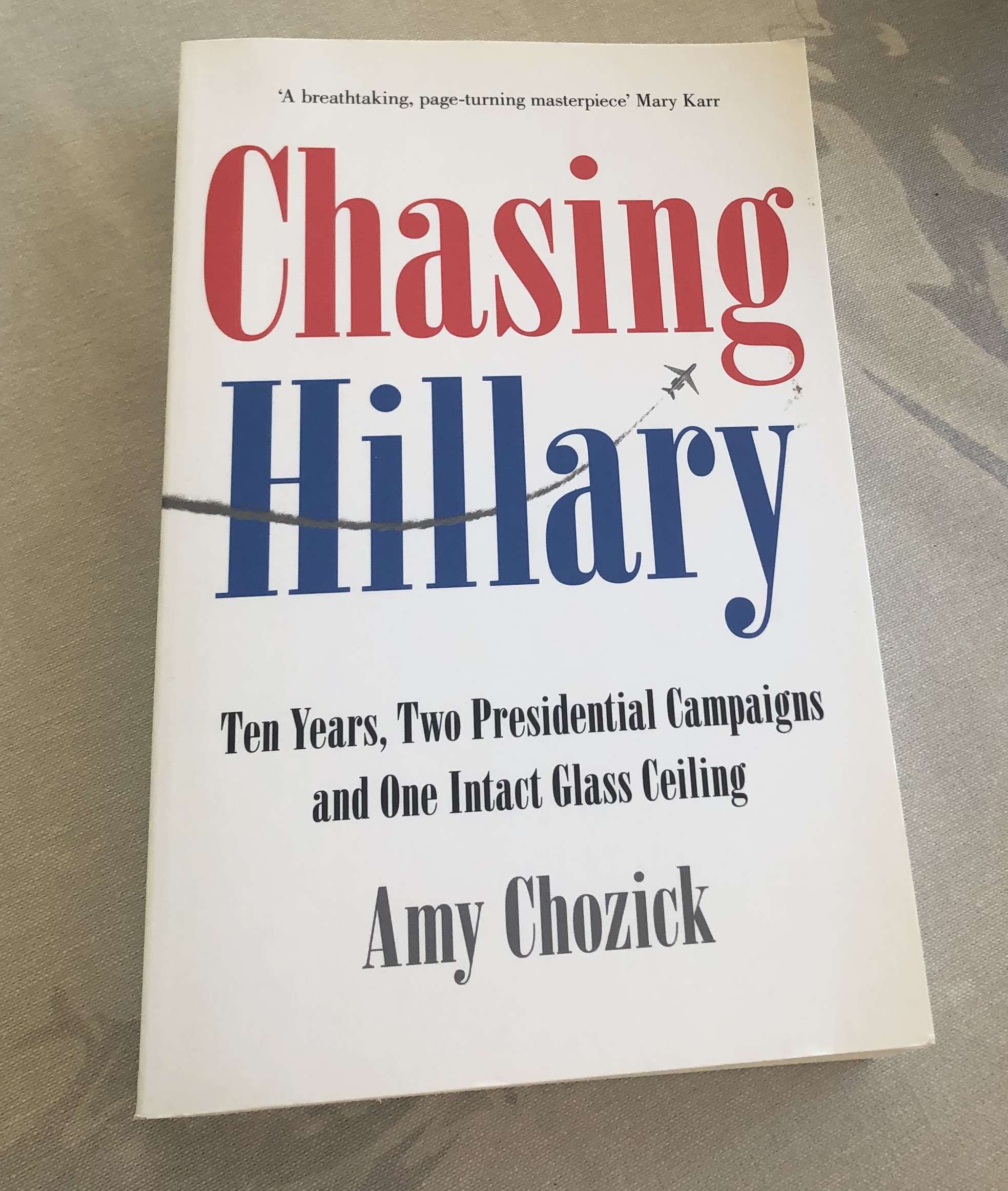 “I’d spent a week practically alone in the newsroom chasing every wacko lead”.

I was heading up to visit my parents via train, mainly because it beats traffic and certainly so I could set aside some quality reading time. This particular tome has been staring at me from the 'to-be-read' pile for some time now and I decided the time was nigh. Ignoring the screaming baby and her mother who seemed to be screaming even louder two seats back and over, I cracked the spine and didn't come up for air until my destination. Readers, I finished this later that night.

Amy Chozick is a delightful narrator, from my seat on the XPT train, I was transported to an endless stream of travels across the USA as this extremely likeable journalist covered Hilary Clinton's campaign to reach the highest office in their land. First Hilary lost out to Obama and then to that orange fellow that we shan't give anymore airtime to today. This tale begins before those events and is a very personal one, which makes it far more accessible than many dry political narratives.

This is really about the life of a journalist beginning her career and her diligent quest to follow the campaign trail with its frankly insane pace and surreal occurrences. Life gets put on hold while chasing Hilary, a figure that remains a veritable unknown quantity as a human being. In the modern age of the twenty four seven news cycle, is it even possible to let down the facade and act as a human being? Amy seems to struggle to gain a real sense of the woman behind the team of male pundits who act as a kind of human shield and control the narrative wherever possible. Her journey to find the stories behind the spin is one I think we can all relate to today.

As I closed the pages I remained despondent about the current state of politics, but I really hoped that Amy could have the child she had struggled to have, and that one day we could have a natter over a glass of something. Her writing voice has such appeal that you feel, in closing the final pages, you've just had a rather entertaining conversation with a friend.

5 out of 5 'off the record' drinks sessions seem miserable.