As the Pig Turns ( Agatha Raisin 22) by M.C.Beaton 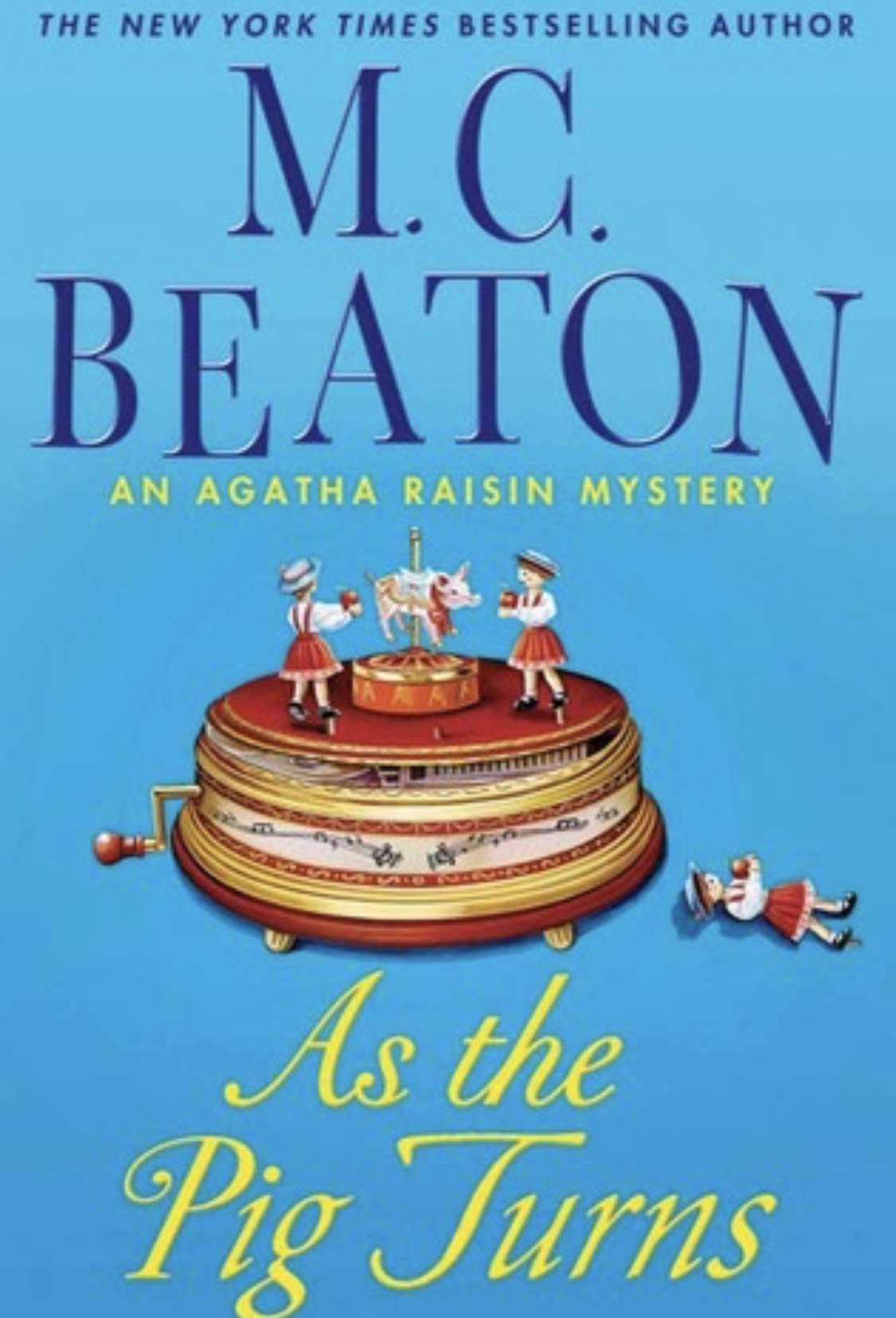 "Many of Simon’s regimental friends were in the church, reminding guilty Agatha that it was surely her fault that he had gone to Afghanistan."

Agatha's interfering ways have seen Simon join the Army and fight in Afghanistan, leaving a miserable Toni pining away. He returns with a fiancee and the entire detective agency is invited to the wedding. As if that isn't dramatic enough - there's another murder and this one is particularly grim. A particularly annoying cop has a habit of handing out fines at an alarming rate prompting Agatha to curse "May he roast slowly over a spit in hell". When Aggie and friends attend a Pig Roast at Winter Parva and the pig seems to have a tattoo, its time for the detective to get detecting.
Toni has her own adventure including another failed romance with a dangerous man and a trip to Las Vegas that is also fraught. The body count is more than 1 in this story and the suspense and romantic intrigues will have the pages flying by.