Hiss and Hers (Agatha Raisin 23) by M.C.Beaton 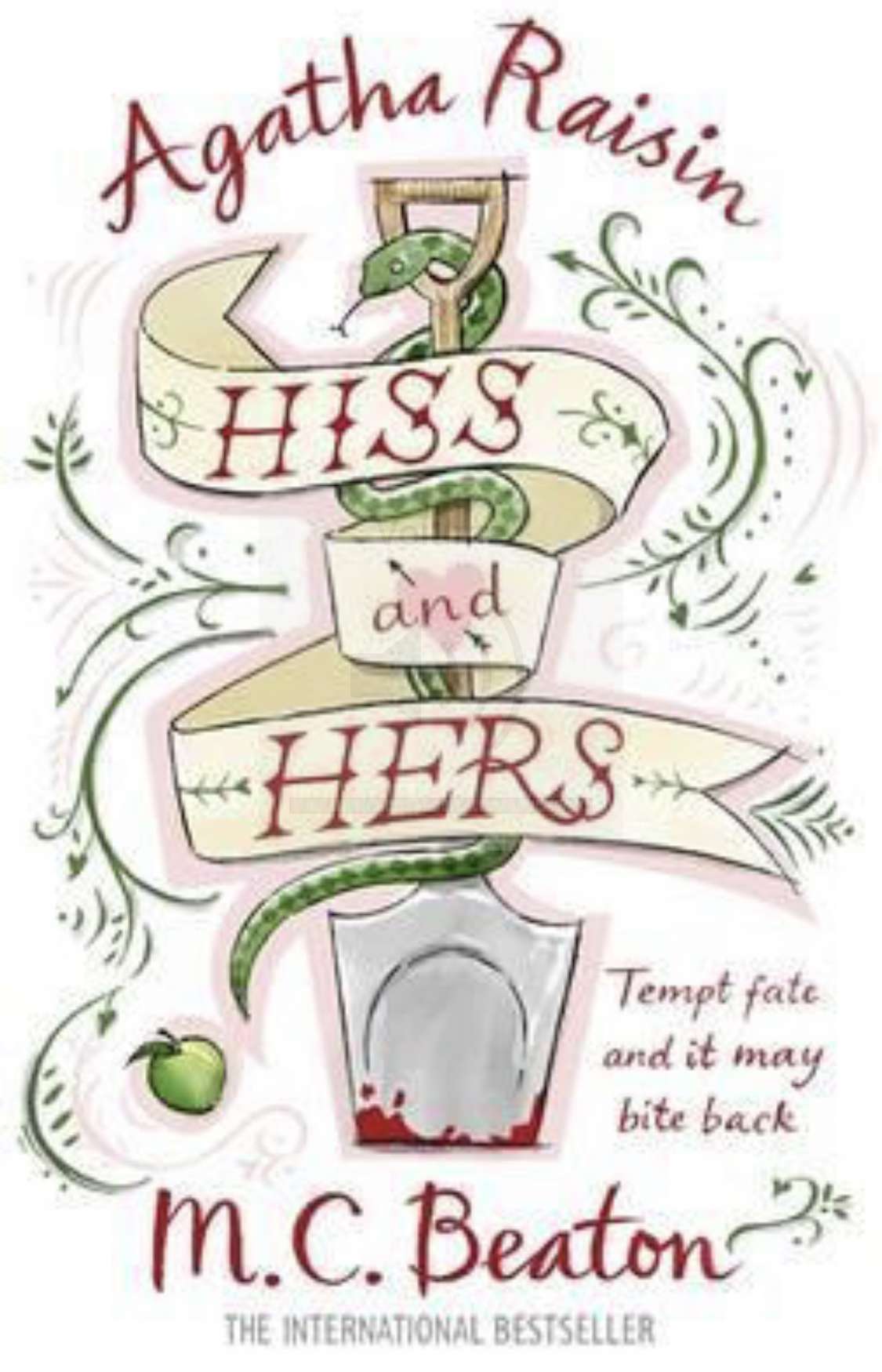 "Simon awoke on Saturday morning with a feeling of anticipation. Jessica would be in Carsely and he must think up a way of approaching her."

Yet another adventure with the always entertaining, Agatha Raisin and this time it includes snakes. I rather hate snakes, with good reason it would seem - especially when they're deadly.

With James and Charles out of contention there is a huge void in Agatha's romantic pursuits. Enter the rather delectable, George Marston - who I imagine is a cross between Alexander Skarsgard and Max Brown ( King Robert in The Royals and also recently in Downton Abbey - the movie), that is to say rather dishy.

All the local ladies are finding any excuse to get their gardens tended to and, as usual, Agatha is in love. When his snake bitten body is discovered secrets and adventures will be unearthed. Toni and Simon will have to go undercover under rather dangerous circumstances and this time, Simon might fall under the spell of a femme fatale.
He also might play hard and fast with the law, employing some slightly illegal tactics.

Agatha's bed might finally get some warm company - but will it last? Will she survive this adventure? Read it and find out.

5 out of 5 hissing snakes scare the pants off me.