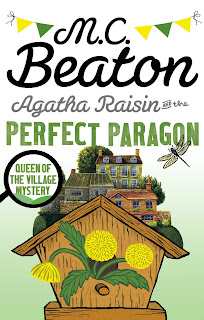 “They turned out to be passionate love letters from Burt. It was evident he hoped to marry her as soon as she had finished school.”


The 16th instalment of Agatha’s adventures shows no signs of slowing down and Agatha has a couple of new hires in tow in the form of the intriguing, young, Harry Beam and of course all the familiar friends make an appearance. Naturally I read this at a cracking pace on my mobile phone again. At one point even while stuck on a normally 6 minute train trip that took an hour - thanks to Agatha I didn't lose my marbles and at least 2 murders got solved.