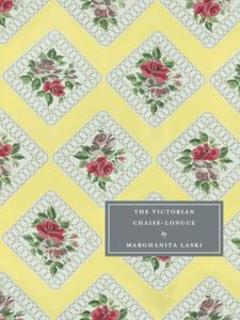 "It was ugly and clumsy and extraordinary, nearly seven feet long and proportionately wide."

Have you ever felt so run down that you literally melted into a couch. We’ve all had those days and to be frank, I’m working through one today. Imagine if you fell asleep only to find yourself trapped in the body of someone else who was on the verge of death? That notion makes for some unpleasant sensations and ones that are frighteningly depicted in The Victorian Chaise Longue, a short little story that packs a punch.
Recovering from Tuberculosis and desperate to return to health to spend quality time with her newborn baby, Melanie moves out of her bedroom and onto a recently purchased, rather garish, chaise longue. Stained and covered in a floral pattern. It is not long before she nods off and awakens to a terrifying nightmare.
I’ve probably given way too much away with that brief description, this is, after all, a very short story. It seemed almost cinematic in scope and would, I thought, make a fantastic screenplay. Further googling online unearthed the fact that the story had already been adapted both in 1957, with Joan Fontaine and Ronald Regan as part of the General Electric Theatre TV series and also as a Studio 4 televised play in 1962
Happily, this is another from the Guardian’s 1000 novels list completed, you know how I love to finish a list. Well, actually I still have a fair whack to go